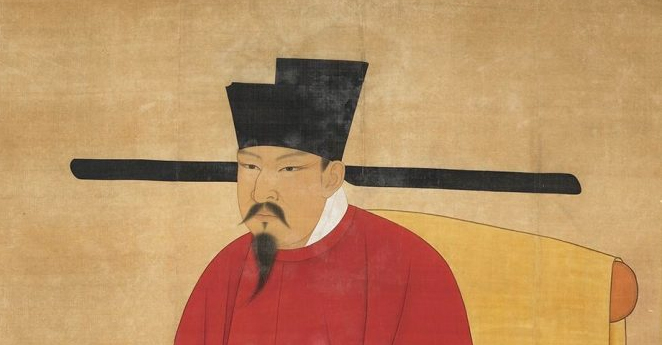 Throughout history, fashion has made numerous statements – but perhaps its greatest statement can be applied to today’s current covid situation – physical distancing.

ArtNetNews reporter Katie White – explores just how fashions from the past might make physical distancing easier …you just have to be willing to wear them….some how we think a mask is easier!

Maintaining six feet of space between yourself and others is not always easy, nor intuitive (especially on crowded city streets).

Duke University professor Eileen Chengyin Chow pointed out that the kids’ caps bear a striking resemblance to Song Dynasty futou, official court headwear characterized by two black wings on either side. These horizontal plumes were meant “to prevent officials from conspiring sotto voce with one another while at court,” she wrote on Twitter. 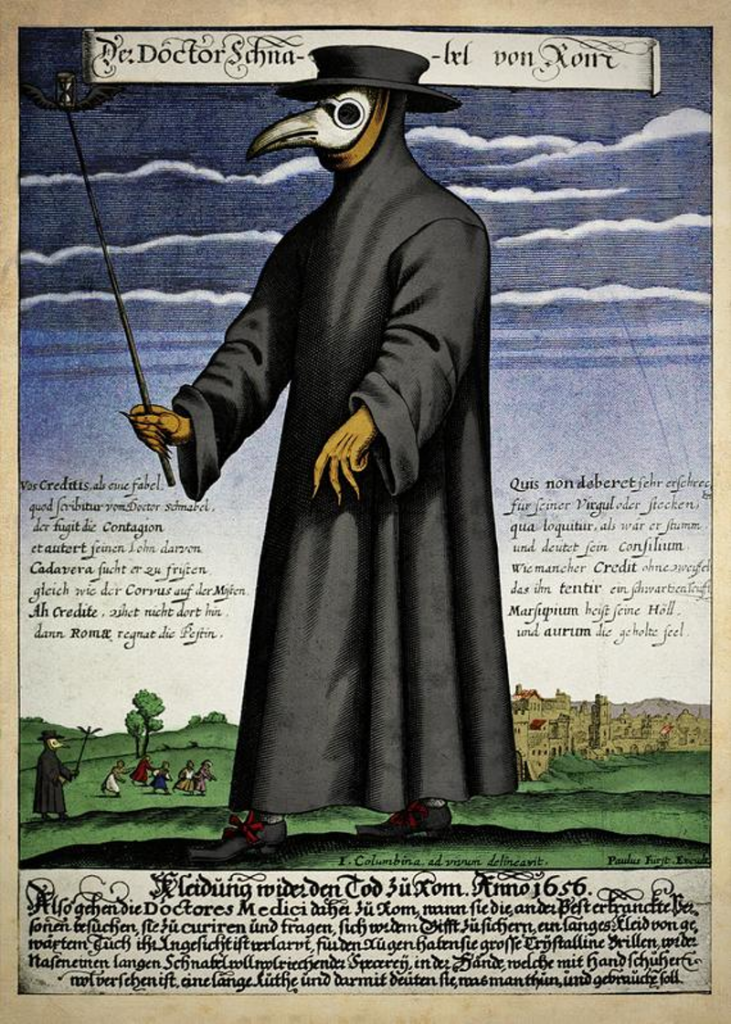 During outbreaks of the bubonic plague, physicians wore (and pardon the frightfulness of this image) pointed, beak-like masks and head-to-toe body coverings to keep them from the sick. The nightmarish garb is often traced back to Charles de Lorme, a physician who tended to 17th-century European royals. 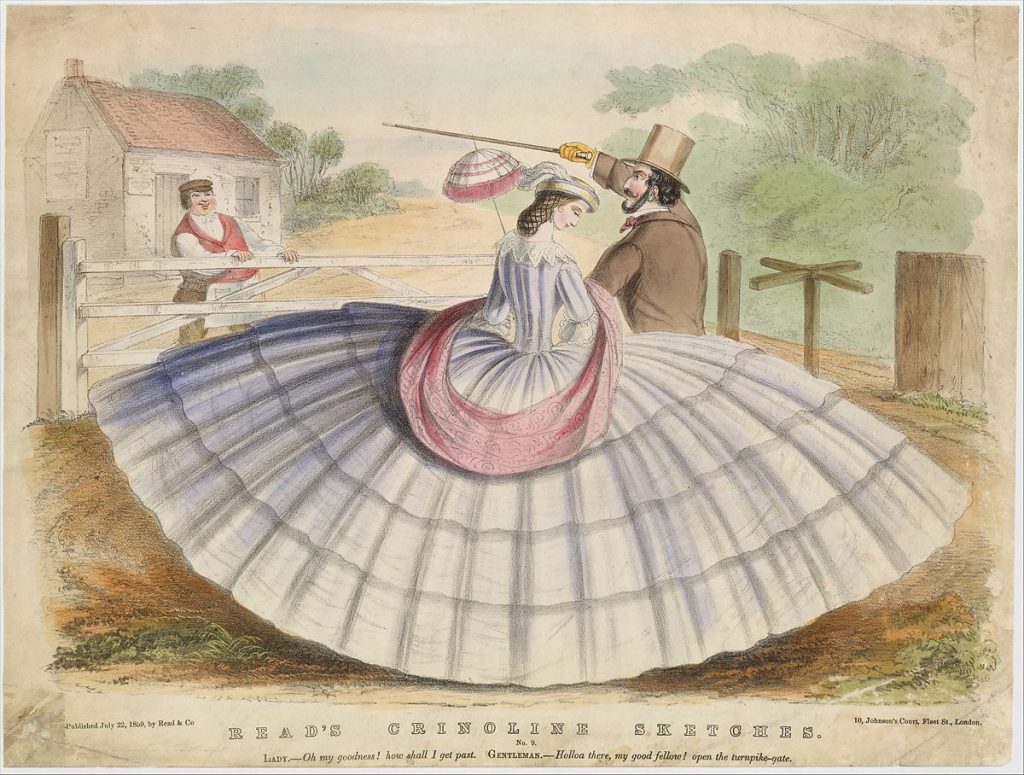 Flash forward a few centuries to Victorian-era Crilonemania, an obsession with crinolines, the voluminous skirts that defined mid-19th century Western fashion. This hulking skirt was worn to create polite distances between men and women in social settings.

Though dress reformers decried the skirt as impeding women’s mobility (they called it a fire hazard), the crinoline may have inadvertently shielded wearers from the health scourges of cholera and smallpox. Similarly, gigantically brimmed hats likewise played a role in keeping suitors—and strangers—at a distance in 18th- and 19th-century society. (The era’s accompanying hatpin was also a handy weapon).